With the narrow defeat of the Dream Act which was proposed by Democrat-controlled Senate in December last year, the story this year is that Republicans are now moving away from Obama’s two-pronged approach to reforms and improved border security towards the strict enforcement of immigration laws since they feel that they are in agreement with what voters want while sporting with the danger of alienating the large Latino population in the United States. 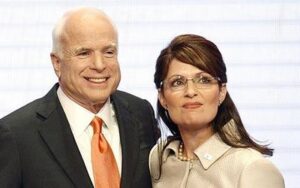 And for this, Republican Congressmen are drafting legislation that requires the federal government to take additional action such as adding more fencing, sensors, agents, and drones in order to discourage and stop every illegal immigrant from entering the United States.
According to experts, it is highly unlikely that this resolution will pass since Democrats continue to control the Senate in numbers. What this will do, however, is to apply pressure on them to take a stand on immigration issues in lieu of the 2012 Presidential elections.
And even though most of the voters and the Republican Party members agree with the measures, most critics say that trying to stop every illegal immigrant from entering the United States is an unrealistic expectation despite the fact that the federal government has spent almost $ 4.5 billion to improve border security over the last nine years.
The truth is that if these strict immigration laws are enforced to its full extent, an estimated $ 206 billion will have to be spent to deport the 11 million illegal immigrants already living in the United States along with the ballooning costs of securing the 2000-mile border.