President Obama signed an executive order in November 2014 giving more than five million illegal immigrants protection against deportation. A new State of California law, AB 60 went into effect on January 2, 2015 allowing illegal immigrants to obtain California driver’s license. The Presidential executive order has been challenged in Texas courts and a judge has issued an order temporarily blocking the implementation of it. 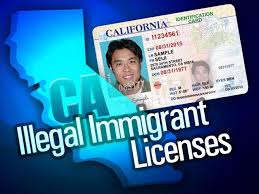 Prospective applicants for a driver’s license in California still need to pass the written test as well as the road driving test. New law in California may provide a sense of relief for many who drove in the past without proper documentations. Many argue that driving privileges will allow illegals with better paying jobs, an opportunity to educate their kids, and promote less stressful life style for them. Lawmakers expect more than 1.6 million to apply for driver’s license under the program and as of early February 2015, more than 76,000 such driver’s licenses have been issued by the Department Motor Vehicles. Majority of Californians expect to see reduction in number of hit and run accidents and some even think that the charge that they pay for uninsured motorist accident coverage may go down in the future.